Homepage»News»Could this be what London’s Overground network will look like soon?

Could this be what London’s Overground network will look like in a few years if TfL take suburban rail services under their wing?

The map has been released just as Sadiq Khan puts forward his ambitious plans to take the lines into the TfL fold, a move which will be considered by government this month.

Various stations will be included in the plans, especially those serving South London. They include Moorgate and Cannon Street in the City, Charing Cross and Waterloo, and then two of the stations worst hit by the ongoing Southern Rail saga – Victoria and London Bridge.

“The Government has already agreed that devolving rail services would improve the daily commute for millions of Londoners.”

Do you regularly travel to or from Oxford?

Sadiq hits out after THREE floods hit London in a week 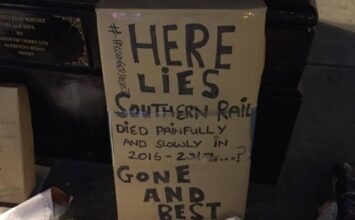