A man has been sent to prison for a total of six years after he was found guilty of attacking two pensioners in Brixton.

“On Friday 2 September 2016, police were called at around 13:55hrs to a report of an attempted robbery outside Farnfield House on Dray Gardens in Lambeth,” said the Met in a statement.

“At approximately 13:30hrs two pensioners – an 83-year-old man and a 69-year-old woman – withdrew money from their bank account on Brixton High Street and put it into a black shoulder bag. They then boarded the Route 59 bus before getting off on Effra Road.

“They walked along Dray Gardens and were approached from behind by the man, later identified as Oliver, and followed them home.

“He grabbed hold of the bag and pulled them both to the ground as he struggled to steal their savings. Oliver then told them to let go of the bag and bit the back of the man’s hand, leaving a large open wound,” police added.

And Detective Constable Shaun Greenaway added: “Oliver is a dangerous offender who stalked and targeted the victims based on their perceived vulnerability.

“The incident had a profound effect on the elderly victims, causing them to no longer feel safe in an area in which they have lived for more than 40 years.

“Although there seems to be an underlying mental illness, it appears to me that the actions of Oliver had a degree of planning and purpose.

“I am pleased with the custodial sentence that has been handed down to him and hope it goes some small way to helping the victims move on from this traumatic incident.” 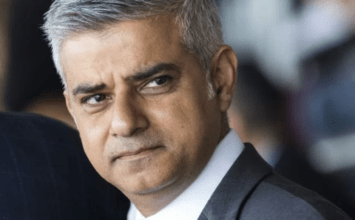 Separate Brexit deal for London on the cards, says Khan