Police appeal for witnesses after “businessman battered to death by youths”.

The 31-year-old victim was found by a passing cyclist lying in a pool of blood in Poplar.

He was pronounced dead at the scene at 12.20am on Thursday.

A worker at Perfect Friend Chicken in East India Dock Road said there had been an argument between the man, in a suit, and a teenager in a tracksuit, whilst they waited for food.

“I don’t know what the argument was about but there was no pushing or shoving, no one threw a punch. They were swearing at each other but it was all over in about ten seconds,” he said.

“One of them who was older came in and put his arm around the man in the suit and said ‘you shouldn’t have spoken to him like that.’

“They both took their food outside and that was it. Ten minutes later we saw all the police and ambulance turn up.”

A Met Police spokesman said: “Detectives continue to appeal for anyone who was in the area who witnessed the events prior to attack or the incident itself.”

Vulnerable 74-year-old missing from Islington – can you help?

Londoner banned from rollercoaster because chest “too big” 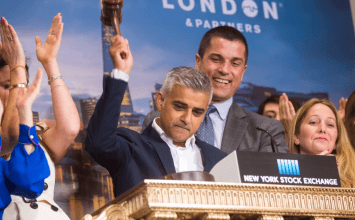