Britain’s favourite wildlife presenter, Sir David Attenborough, has been sticking up for the gorilla who broke out of his enclosure at London Zoo recently.

“They are wonderful animals, gorillas. They are animals which guard their privacy,” the veteran naturalist told ITV’s Good Morning Britain.

“In the forests of West Africa, they don’t live out in the open. They aren’t stared at by people. They value their privacy.

“If…people were respectful that would be something. Sometimes visitors to zoos are not respectful and they start shrieking or waving their arms in order to get the poor gorilla to do something.

“You might think: ‘oh they’re just animals’. They are not just animals. They are related to us. They value their privacy. Just imagine what it’s like to be there,” he added.

It was “hardly surprising” that the gorilla escaped, he continued.

The gorilla escaped on Thursday but did not leave its wider enclosure. Despite sirens all around and helicopters overhead, the public were not in danger.

Sir David suggested that conservation might be the solution to the problem of keeping animals in zoos. “One of the functions of zoos is to preserve species in danger of extinction,” he argued.

“It’s a pity they’re always in danger of extinction. If we could get rid of that then perhaps there would be no need for zoos.”

Around Westminster today? Don’t worry if you see fire engines 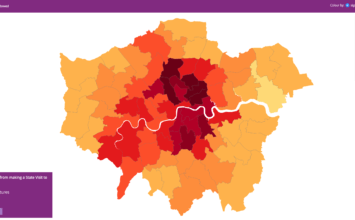 Which parts of London are keenest to deny Donald Trump a state visit?

NHS forced to rely on donations after cuts to NHS investment